We talk to Isturiz about what sort of companies Fund XX is looking for; what sort of investors; and what she hopes to achieve by putting women front and centre of this new initiative.

Gabriela Isturiz, who in the course of her career has built and sold two hugely successful legal technology businesses, this week launched a new fund aimed at investing in early-stage women-led businesses across the US.

Fund XX, which will invest in pre-seed and seed companies, was founded by Isturiz alongside Allison Stoloff, an investor at Hanaco Ventures; Sylvia Kuyel, vice president of revenue at JumpCloud; and Ragini Holloway, senior vice president of people at Affirm. All four are on the investment committee. 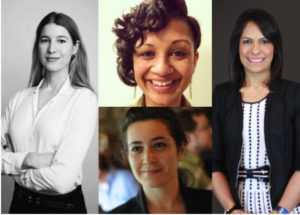 The fund, which is part of The Fund Global founders and operators investment community, aims to close at $5m. While Fund XX continues to look for investors, it is now beginning to invest in what Isturiz describes an “amazing deal flow,” having been engaging with early-stage companies since July. Almost 90% of the investors are women.

Gabriela, congratulations on the launch of Fund XX, tell us more about it.

Thank you, we’re really excited about it. Fund XX is a fund for early-stage companies – pre-seed or seed stage companies – led by women. The early stage, the seed stage, is the make it or break stage, when founders need capital the most. We want to write the first cheques of between $50,000 to $100,000. We can also lead a round if a founder is raising $250,000 or $500,000: we can invest and then we can help them find other investors.

Once we make the investment, something that is very unique about the fund is that this is community of founders and operator investors – I’m so proud that about almost 90% of our investors are female. Some of them are first time angel investors, and our vision is to bring more women into the entrepreneurial ecosystem, which means supporting female led start-ups and having more female investors.

What benefit do you think you get by bringing in female investors?

Today only about 12% of VC investors are female – so basically you have only 12% of the investment decisions by a minority – we believe that when we are equally represented, we are going to remove bias and make better decisions. Take Femtech – can you imagine having a discussion about pelvic health with a panel of all white guys? By not having more equal representation in investment, we are missing out on billion-dollar opportunities.

What sort of companies are you looking to invest in?

We will invest in tech-enabled companies – we don’t care about the market so it could be fintech, regtech, femtech, hrtech or legaltech – we will invest across any vertical, but they have to be companies that have a technology or infrastructure that will allow them to scale. They are the companies that solve a problem in a larger market, for example Femtech is a trillion-dollar market.

What is the total amount the fund will raise?

It’s $5m. We did a first close when we got to a certain milestone and now, we’re in a position to start making investments. Following the announcement this week we believe the second close, which will close the fund, will happen very quickly.

What led you to launch Fund XX?

When I sold Bellefield, I sold my identify as well. I started advising minority and women founders and CEOs, and then started doing some angel investing. That led me to invest in a fund where I became a part of an amazing community of operators/founders/investors. Allison and Sylvia were part of that fund and they also wanted to start a fund to support and invest in women. So, someone told them, ‘you probably want to speak to Gaby’, and we clicked first time. It was a perfect alignment and the opportunity I was waiting for. Both are amazing people and both Stanford graduates and very accomplished professionals. Ragini came on board through Sylvia. She has access to a network of minorities and can help us achieve better diversity, which is really important to us.

Have you already begun reaching out to companies and what sort of engagement are you getting?

So far, we have an amazing deal flow. Now that the fund is closed, we’re going to start evaluation and making investments: we’re ready to go and we have the pipeline.

We’ve been working on deal flow since July, so we’ve been attracting amazing founders. We’ve been very organic about it. Our investors are also sending deal flow to us, and we have investors through the four of us and our network and connections, but also from the community.

Anyone who wants amazing returns investing in women should get in touch, although we have a limited number of spots left.

What will the fund’s involvement be post-investment?

We have planned scheduled meetings with investors to provide updates and get them involved. There is no obligation to be involved, but my experience so far is that they want to be. Let’s say we have a direct-to-consumer company. We have as an investor Alexandra Wilkis Wilson, co-founder of Gilt, who we can put them in touch with. What I’ve been finding out is that the thing early-stage founders need most is capital and network: they have a talent; their teams are incredible; and they know technology. But they need help with opening doors and with capital. By providing access to capital and networking it only helps them to de-risk.

In October last year, you announced that you were launching an incubator for female entrepreneurs, is that continuing?

That is something that I continue to work on and deeply care about. It’s something that I’m doing right now informally with the companies that I’m advising and supporting and providing capital to, but it’s not part of the fund.  It’s a separate initiative and it complements what we’re doing with the fund.

Anyone wanting to find out details of becoming an investor should click here: https://angel.co/i/Z44Pt

For any early-stage women-led businesses, it’s this link: https://airtable.com/shrQ0TFGfSmrkoY0V